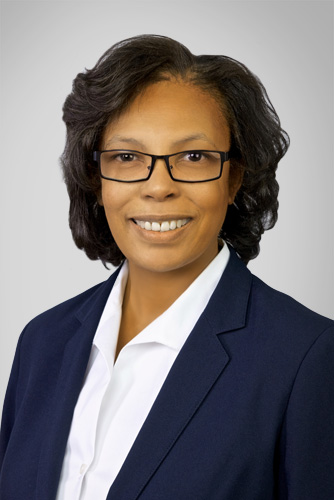 Leslie took a rather unconventional route to the courthouse, as the practice of law was her first dream but second career.  And although she began her legal career twenty years later than anticipated, Leslie credits her life experience with making her an effective advocate for her clients.

Born and raised in Illinois, Leslie left the Midwest for the bright lights of Las Vegas.  After ten years in the desert, Leslie and her family – which would ultimately grow to include eight children – relocated to the great state of Texas, where Leslie continued her employment as a manager with the United States Postal Service.  Leslie worked full-time while raising her family and completing her bachelor’s degree. She continued to work full time through her first two years of law school.

Leslie and her family now reside in Blue Ridge, Texas, just outside the DFW metroplex, on a 40-acre farm.

University of North Texas at Dallas College of Law